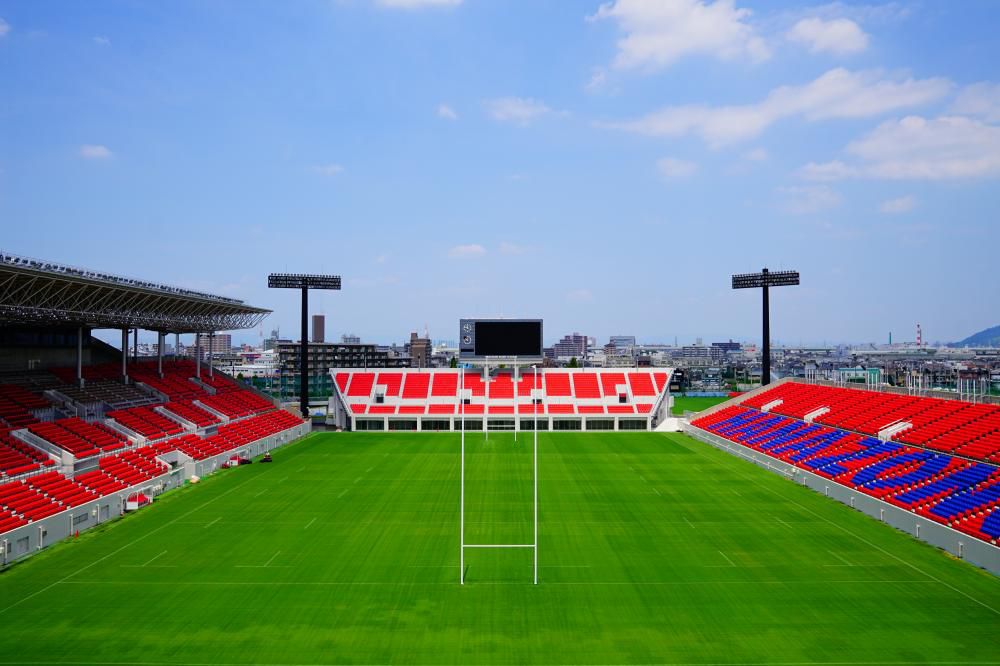 Built in 1929, the Hanazono Rugby Stadium in the city of Higashiosaka is one of the leading rugby stadiums in ­Japan. National high school rugby tournaments have long been held there. For over ninety years, the stadium has been part of the history of Japanese rugby and is now rightly considered a Mecca for the sport in the country. After the stadium was chosen to host games of the 2019 Rugby World Cup, the technical equipment and facilities of the stadium were renovated in 2018, including the sound systems. These new systems installed by TOA provide clear sound both on the pitch and in the stands.

The stadium‘s outdated sound system caused irregularities in the audibility of the announcements. The goal was therefore to create a uniform sound space in which announcements could be heard and understood with uniform clarity throughout the entire venue. Compact array loudspeakers from TOA‘s HX series with excellent speech intelligibility and easily adjustable dispersion ­angle are distributed throughout the stadium to create a high quality, consistent sound and a sound space full of rousing „presence“. The selective control of individual speakers and the division of the area into listening areas prevents unwanted sound outside the stadium, reducing the risk of noise nuisance in the neighbourhood.

“We’re proud to have refurbished the stadium to such a degree to make it well worthy as a Rugby World Cup host venue. We hope the whole world will think of ‘Hanazono’ when it comes to rugby in Japan.”